CLOSE
Wednesday, November 30, 2022
Home Poltergeists A Note On The Alleged ‘Confession’ Of A ‘Hoax’ in the Enfield...

What the man who recorded an alleged ‘confession’ had to say….

Witnesses to the poltergeist events at Enfield 1977-79 come from different perspectives; they did not share a common mind-set or belief system, yet many were convinced that genuine paranormal effects occurred on numerous occasions at the property. Further evidence was obtained on tape and in photographs over 180 days and nights of observation.

Nonetheless this has not prevented monotonous allegations of the Enfield poltergeist case being a fraud.

Noteworthy is the opinion of Alan Radnor, another journalist responsible for the interview in 1982 which obtained an admission from the presumed focus Janet Hodgson that she had played tricks on two occasions.

“I asked Janet is she ever played tricks for the benefit of the investigators. ‘Oh yes,’ she replied laughing. ‘I once hid a tape recorder and put some flower pots in the middle of the floor’. (Alan Radnor, Paranormal or Normal (1989) Lennard Publishing).

This statement has been quoted out of context in the years since, to support claims that  the phenomena at Enfield were a hoax. However, Radnor then went on to write:

Radnor also endorsed the bona fides of the investigators, as well as interviewing all the main witnesses himself. His conclusion was that the Enfield case involved genuine. paranormal phenomena, and any assessment required consideration of the totality of all the evidence not just fragments plucked to shore up the opinion of an uninformed critic. 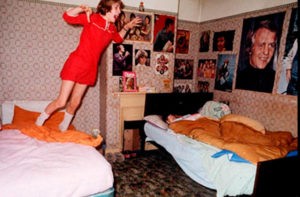 The continual misquotation of Radnor out of context is the principle weakness of published attacks on the Enfield case. The favourite method adopted by the negative sceptic – found in other cases –  is to select a statement or shred of evidence which is many years old, and was observed by somebody else. This then leads to inventing some possible alternative explanation, looking around for supporting facts which might have been present. No direct evidence of any sort is produced to show that such an alternative actually took place.

This approach also avoids direct examination of the evidence. Over the twenty year period I knew the principal investigator Maurice Grosse (1918-2006) I periodically asked if any sceptic had come to him personally to examine his collection of recordings. None had. The same was reported by his co-investigator Guy Playfair.

Apart from Radnor, since 2007, I know of only one individual who has examined the bulk of the

Enfield material held by the Society for Psychical Research, following the deaths of Maurice Grosse and Guy Playfair.

This was Dr Melvyn Willin, archivist for the Society. Dr Willin declared he had changed his mind over Enfield and concluded that the case could not be explained by trickery and Tom Foolery. He has taken a neutral position with his own book The Enfield Tapes (2019) which provides an introduction to key elements of the case and urges further study on the voluminous materials which exist. 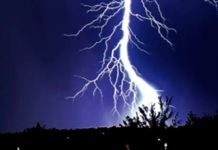