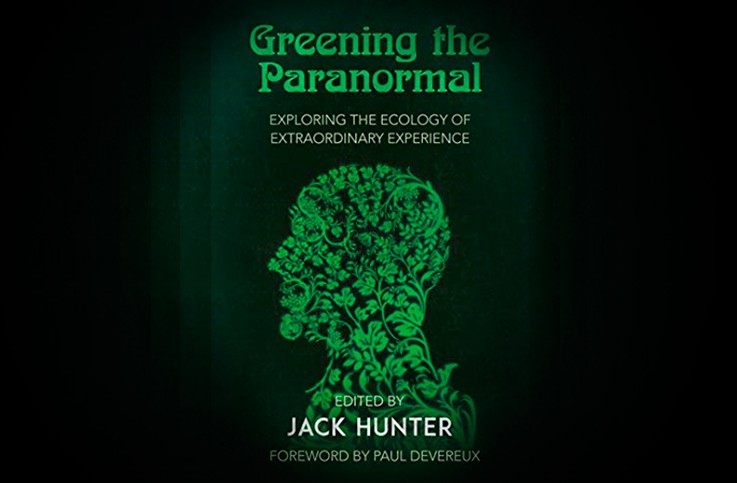 ‘Weirdness and Complexity’ – the full review by Alan Murdie of Greening the Paranormal: Exploring the Ecology of Extraordinary Experience (2019) edited by Jack Hunter, foreword by Paul Devereux

A shortened version of this appeared in Fortean Times FT388 January 2020.

You can read the Full Review here:

Arthur C. Clarke once described science fiction as the only consciousness-expanding form of literature. Greening the Paranormal is a timely book seeking to achieve exactly such an expansion in thinking on the part of those interested in paranormal research.

Edited by anthropologist Jack Hunter, this book features contributions from a variety of writers, all of whom are convinced there is a close connection between psychic experience and the natural world.

In the first three chapters Hunter argues for anomaly and paranormal researchers to actively embrace an ecological dimension in their work.   Identifying the paranormal as the ‘intersect between an object other and participatory subjectivity’, Hunter maintains that accepting the paranormal in all its ‘weirdness and complexity’ is a necessity for both future research but also with our wider relations with the natural world.

Appealing particularly to psi researchers he calls for a widening of horizons and the need venture beyond their current confining methodologies. Researchers should engage in more open-minded field studies, declining to impose arbitrary limits upon what may be investigated and ruling no alleged phenomena out of bounds. They should be open to analysing ‘high strangeness’ cases suggesting the existence of phenomena far exceeding anything logged under laboratory conditions in both scale and significance.

Bluntly, this means taking the intellectual step of actively acknowledging the possibility of interaction with non-human intelligences being co-existent upon Earth alongside us. Such a recognition paves the way for potential contact not only with recognised life-forms but also extra-terrestrials and spiritual entities e.g. ‘gods, goddesses, angels, poltergeists, faeries, ufonauts, spirits of the dead.’ A possible example of just one such experience is described in the foreword by Paul Devereux who describes a spontaneous experience (shared with his wife Charla) of encountering a ‘green man’ entity in rural Ireland.

By admitting an objective element to such experiences, Hunter believes we may be taking a vital step in breaking down ossified structures of materialist thinking which have caused and contributed to so much of the ecological damage afflicting our planet and which are now being recognised as threatening  our long-term survival prospects.

Hunter’s arguments supply a very loose framework for the following chapters which variously reflect objective and subjective approaches to anomalous phenomena occurring in the wider environment. No mere echo chamber of contemporary environmental and metaphysical concerns, the resulting collection is permeated throughout with manifold and highly intriguing speculations from contributors including spiritual practitioners, artists and environmental activists. All identify paranormal and transcendent aspects in human relations with the natural world. Mixed in are more methodological chapters from social scientists, anthropologists and psychologists seeking to extend the boundaries of their disciplines well outside their current ideological enclosures, resulting in a very Fortean book indeed.

Charles Fort himself is praised at the outset for his iconoclastic thinking in a meditative polemic by Cody Meycock on science and its detrimental social and environmental impacts (though I dispute his assertion that paranormal research began with Fort’s Book of the Damned in 1919).

Pursuing traditional cosmologies, Amba J. Sepie writes on the indigenous wisdom of the Kogi people in Colombia (although works by Colombian anthropologists might be more reliable here than received accounts of their belief structure via the prism of Western film documentaries). Influenced by indigenous First Nation beliefs from North America, Nancy Wisser examines mystical experiences in childhood and Lance Foster considers guardian spirits and how he no longer recognises a distinction between normal and paranormal experiences. Trickster theory is proposed by Jacob Glazier as an approach for making sense of the elusive and contradictory nature of phenomena, an aspect which other theoreticians have so far singularly failed to explain. Christine Simmonds-Moore probes liminal experiences and the enchanted boundaries between self and place where uncanny encounters cluster; Mark A. Schroll looks at the ecological aspects of sacred places. Not surprisingly, both find natural environments conducive to paranormal and mystical experiences.

The possibility that other species, plant, animal and alien may actually be communicating with us is raised by a number of contributors. Providing personal examples, Viktoria Duda shares her sensations of a connection with nature achieved by immersion in mountain landscapes in Northern Hungary and Maya Ward writes of the importance of listening to nature, inspired partly by weeks spent following traditional pathways across Australia.

The possibility that one can extract veridical information direct from plants by ingesting hallucinogens is reviewed by David Luke (a theme previously explored by Jeremy Narby in his The Cosmic Serpent: DNA and the Origins of Knowledge (1998)). Examples of meaningful messages delivered by birds such as kingfishers are discussed by Brian Taylor. Silvia Mutterle considers the symbiotic and healing relationship with certain animal species encountered in shamanistic societies. From the realm of cryptozoology Susan Marsh wonders if urbanisation flushes cryptids into greater visibility today, as harbingers and messengers of the damage being wrought upon the planet.

Regarding apparent extra-terrestrial contact, Simon Wilson speculates upon the meaning of UFOs encounters and ideas which treat earthlights as angels that convey messages from the Earth itself. Timothy Grieve-Carlson analyses the esoteric and ecological dimensions contained within Whitley Strieber’s Communion writings.

The final chapter entitled ‘Psychic Naturalism’ is jointly authored by Elorah Fangrad, Rick Fehr and Christopher Laursen,  who are pursuing an on-going and multiple-discipline academic research project at a haunted lodge situated deep in the Ontario forests.

Individually and collectively the authors are all seeking to establish new paradigms, considering the standard Western division between the natural and supernatural represents artificial and unhelpful conceit. So far as they share a common consensus it is that we all form part of a rich, complex and ultimately unified reality, a position by many traditional communities worldwide.

Each chapter concludes with further questions for readers to ponder, in conjunction with more technical proposals for developing methodologies and paradigms for future study spread throughout the text. Extensive references and citations are set out in a lengthy bibliography (though a few are omitted).

Hard-nosed sceptics and materialists will wag their heads at all this, if they ever pick up the book to begin with. Judged from a materialist or mainstream scientific perspective, many ideas express here will seem eccentric in the extreme being derived from fragmentary evidence or purely subjective interpretations.

Whilst welcoming this volume and personally sympathetic to many ideas expressed (being the author myself of a book on environmental law many moons ago) I consider we will still require much help from materialistic science to reverse decades of environmental damage and clean up polluting industries. This will need to be combined with much hard-nosed political engagement. But significantly David Luke points out that one of the founders of the Extinction Rebellion protest movement was inspired into climate activism from a personal vision achieved by ingesting ayahuasca, a narcotic used by Amazonian shamans.

In addition to advocating psi researchers into adopting ecological perspectives Greening the Paranormal may also serve to re-invigorate the Fortean field of ‘earth mysteries’ by encouraging new directions of study and research.

Certainly, for those who are flexible in their thinking, able to tolerate ambiguities and who even enjoy engaging with bold challenges their own belief-systems, this prove a very thought-provoking and intellectually stimulating book. 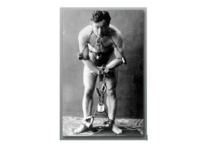 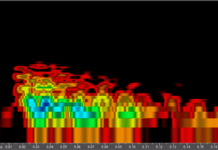