CLOSE
Sunday, February 5, 2023
Home Poltergeists WHY NO POLTERGEISTS IN CHURCHES?

WHY NO POLTERGEISTS IN CHURCHES?

Haunted churches and religious buildings in the UK have long been recorded in tradition and in the literature of psychical research (see Haunted Churches (1939) Elliot O’Donnell and Haunted Churches of England (1989) by Graham J. McEwan). Apparitions, strange sounds and unexplained music are amongst the most commonly reported phenomena. However, one notable feature is the absence of poltergeist phenomena from religious buildings.

Harry Price in Poltergeist Over England (1945) supplied a wide range of places where poltergeists have been reported – houses, shops, offices, pubs and factories all providing examples.

Yet although Price stated of poltergeists that “they love rectories” the attached church is seldom the scene of any such disturbance. Religious buildings are virtually polt-free zones. An exception to prove the rule was the now demolished church at Langenhoe in Essex (See The Restless Spirits of Lagenhoe (2001) by the late Revd. John Denning) but the building stood in a seismically active area, being badly damaged by the Great Essex Earthquake in 1884. Beyond this there are very few accounts of the occurrence poltergeist phenomena in churches or cathedrals.

As to this marked absence, one may adopt any theory of choice. A complete sceptic will maintain there are no such things as poltergeists; therefore no such reports arise as they do not exist. Pre-enlightenment ideas about poltergeists being demonic or the product of witchcraft would maintain that they would be frightened of entering sacred buildings. Psychological repression and stress theories which identify the subconscious mind as the source of poltergeist disturbances may link them to mental turmoil and  view them as product of domestic tension  (thus they occur in the rectory or closed religious order where the human focus resides, but not in the church building where the minds of worshippers tend to be relaxed and contemplative).

In seeking a physical explanation, for my own part, I wonder if poltergeist phenomena are in some way limited to small enclosed spaces and inhibited by the greater area of larger buildings? This would tie up with the tradition of poltergeist outbreaks being prevalent in smaller working-class dwellings rather than grand stately homes, and why in haunted pubs such phenomena are often concentrated in cellars. Does the poltergeist force dissipate within large spaces, such as churches or sports stadiums? However, this would not explain a small number cases where the phenomena occur in the open air….. ‘Tis a part we see, and not a whole….

However, the most important thing to note is that the poltergeist is domestic in character – it is the troubled home where they manifest. Even though often associated with adolescents, schools seldom also provide credible examples of poltergeist activity (the case of Virginia Campbell in Scotland and  Matthew Manning in Cambridgeshire in 1971  provide exceptions – see ‘Can We Explain the Poltergeist?’ (1964) by George Owen and Matthew Manning’s own The Link (1977). This points to a social dimension to the poltergeist, a topic on which I am conducting a wide ranging and on-going study and a subject which is also being pursued by PhD student Christopher Laursen in Canada. 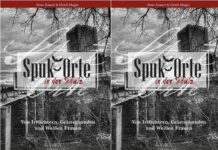 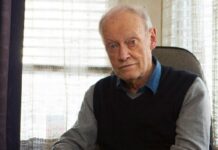