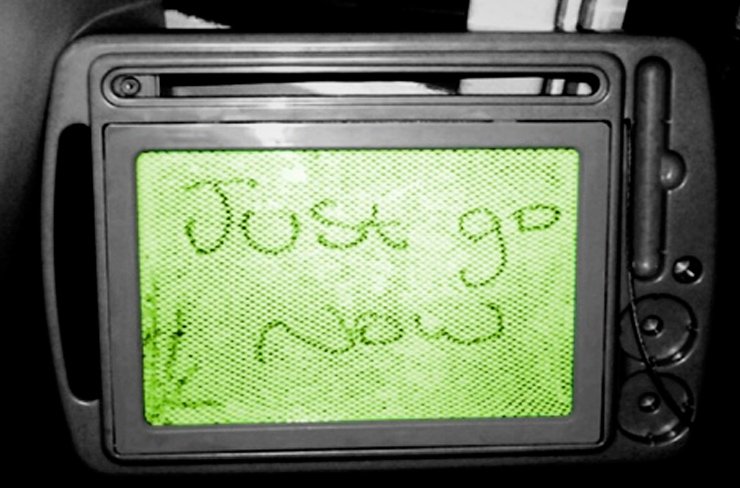 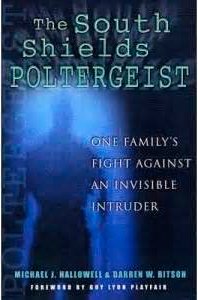 The following is a review by Alan Murdie of the book on the case of the South Shields Poltergeist of 2006. The book attracted a lot of controversy on-line. In reviewing this book I decided to go and examine the evidence for myself – something which no critics or sceptics were prepared to do. The following is the review that I published with the  Journal of the Society for Psychical Research in April 2010:

The book The South Shields Poltergeist: One Family’s Fight Against An Invisible Intruder   by Mike J. Hallowell and Darren Ritson tells the story of the authors personal investigation into one of the most extraordinary UK poltergeist cases in recent years. 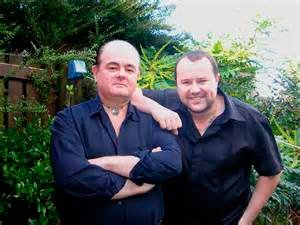 The outbreak centred on a modest house at 42 Lock Street, South Shields, Tyneside during the summer of 2006, then occupied by a young couple in their twenties and their three-year old son. The authors had the good fortune in being alerted to events at an early stage, and their account illustrates just how challenging and demanding a field investigation can become. According to their account in the book, numerous alleged paranormal incidents occurred, but with the South Shields Poltergeist going far beyond the usual poltergeist repertoire of raps, object movements and levitations. Phenomena included physical assaults and scratches inflicted on one resident, and examples of matter-through- matter penetration. Most remarkable of all were apparent attempts in communication from the poltergeist, suggesting a rudimentary and malevolent intelligence at work.

In particular, the authors maintain the South Shields Poltergeist was adept at manipulating modern technology for its own ends, including the creation of bizarre and threatening text messages apparently left on mobile telephones.

Crude messages were also scribbled upon a child’s doodle board, seemingly in response to questions by the investigators. Other toys were moved an re-positioned in grotesque tableaux vivants, and  two programme makers for Orion television who visited the house witnessed a speaking toy parrot mysteriously croaking words out with which it had not been programmed.

Extraordinary as these incidents sound, they are not wholly without precedent in poltergeist literature. For instance, interference with telephones were a feature of the Rosenheim case in Germany in 1967 (Bender, 1969); similar claims of peculiar messages over the telephone also turn up in unpublished cases sent to the  SPR as long ago as 1948 (Case File P55, 1948). Threatening  scribbled messages have also been reported in  a handful of historic cases.

For ease of reading, the authors prevent the details as an unfolding story documenting the progress of their involvement in events. This appears partly in emulation of Guy Playfair’s This House is Haunted (1980) on the Enfield Poltergeist, and Guy Playfair has written a foreword for the book. This is both a strength and a weakness. Whilst providing a readable account,  the chronology and precise dates of certain incidents is hard to follow at times.  Greater detail of certain incidents would also be welcome, given the remarkable nature of the claimed events. However, as with Enfield it is apparent that the authors were dealing with a large volume of extraordinary and disturbing phenomena. Descriptions of some of these incidents are interspaced with theoretical discussions, reflecting the authors own ideas and those of other researchers, with some conclusions being questionable. Surprise may also be expressed at Mike Hallowell’s application of  rituals derived from Native American beliefs on site, in an attempt to quell the disturbances. Like most poltergeists, the South Shiels case was short-lived, and may have ended in its own time. However, the authors remain open minded in their account, and do not urge the reader to adopt any particular viewpoint.

Of much greater significance are the authors own statements that they witnessed a number of incidents for themselves in situations which precluded fraud or any normal explanation. Details of other witnesses and copies of their statements are included in the book, so their claims are capable of a degree of independent verification.

Given the remarkable nature of the South Shields case, it has inevitably been subject to a good deal of discussion and criticism from members of the SPR, and by other groups over the internet. As a result, rather than be satisfied merely by the account presented in the book, this reviewer,  elected to visit the authors to see what further material they possessed. Both Mike Hallowell and Darren Ritson were agreeable to meeting with me, and on travelling up to Newcastle on October 11th 2009, I  was able to interview both of them for several hours. I was also allowed the opportunity to examine their archives and files of evidence, preserved at Mike Hallowell’s home. Certainly, if events happened as alleged, it was reasoned there would be a considerable quantity of documentary, photographic and other evidence available that would be consistent with the  claims made in the book. This proved to be the case.

I was able to inspect over 450 original photographs, and make copies of many of them. Some of these provide a measure of corroboration to specific incidents in the book, such as the claimed distortion of a plastic chair and its restoration to its original shape.  There are also films , documents and witness statements and far more material than is described in the book. The authors revealed in confidence a number of details and contacts not disclosed in their book, so the opportunity is available for further detailed study of this case.

As a consequence, I am of the opinion the South Shields Poltergeist joins a small but significant collection of spontaneous cases where credible evidence has been obtained by investigators whilst disturbances were still occurring. Examples include Hannath Hall in 1957 (Cornell and Gauld ,1960), the Rosenheim Poltergeist (Bender 1969), the Miami Poltergeist  (Roll, 1972)  the Andover poltergeist in 1974, (Colvin, 2008) Enfield Poltergeist case 1977-78 (Playfair, 1980), the Euston Square poltergeist (Grosse and Barrington 2001). Furthermore, these well attested cases occur in context of over a thousand others reported since 1880 (Goss, 1979).

Talking with the authors about defects alleged in their investigative approach, I was very much reminded of the famous dictum of American Judge Oliver Wendell Homes in (Brown v United States 256 U.S. 235 (1921)), that ‘Detached reflection cannot be demanded in the presence of an uplifted knife’. When responding to a midnight telephone call from a highly distressed caller, there may be only time to snatch up one small camera before setting off, and certainly not an opportunity to deploy a whole range of technical gadgetry to try for recording manifestations. Indeed, the dynamics of a troubled family home may operate simply to thwart controlled experiments to laboratory standards,  problems of equipment failure noted at many ‘haunted’ sites notwithstanding. A further ethical problem is the extent investigators should attempt to remain detached and merely observe phenomena, or actually help terrified occupiers bring manifestations to an end. As in other cases, the authors of The South Shields Poltergeist responded as best they could in very testing circumstances. In this respect, their book provides a cogent illustration of the problems that field investigators have to contend with and the on the spot decisions necessary.

It must also be noted that the authors have also been subject to a great deal of undeserved criticism for publishing their finds, much of it delivered indirectly from self-styled sceptics operating in the isolation of cyberspace. Some of these critics have eschewed reasoned argument altogether and simply engaged in personalised attacks, invective and libel against the authors. The result has been (as with original researchers in both the Rosenheim and Enfield cases) that Mike Hallowell and Darren Ritson were forced into taking legal action to correct falsehoods being spread. The most serious of these were accusations – swiftly retracted – that the authors of The South Shields Poltergeist had colluded with child abuse. It is perhaps inevitable that none of the console-based critics of this book have troubled themselves to directly inspect any of the original data and evidence on which it is based.  Again, this mirrors the experience of the Enfield investigators (Playfair & Gross, 1988).

This may be a lesson for future researchers, including further study of this case (the authors are remain willing to share their data with the SPR).Thus, rather than expend time responding to fanciful criticisms or mere abuse, researchers would be better employed analysing the substantial quantities of poltergeist data already accumulated. Cluster analyses of such data, like as those conducted by Alan Gauld suggest patterns within poltergeist phenomena, which may potentially yield clues as to the nature of the forces at work (Gauld, 1979).

For example, as in the South Shields case, poltergeist activity frequently occurs within enclosed spaces, such as lofts and cellars and inside smaller domestic dwellings. They are much rarer in larger non-domestic buildings (for instance there are very few accounts of poltergeist phenomena inside churches) or the open air. Does this suggest that whatever energy which is behind poltergeists is encouraged by being contained within a relatively small physical space? Similarly, what can be deduced about the energy in disturbances, from the weight and trajectories of objects moved? Can the mathematics models of higher dimensions shed any light upon matter-through-matter penetration?

These are examples of the questions which researchers should be asking if the subject is to progress; The South Shields Poltergeist is a book which provides much significant data to analyse.

Bender, Hans  “New Developments in Poltergeist Research” in Proceedings of the Parapsychological Association 6 (1969) 81-102.