THE APPARITION OF C.S. LEWIS

More than half a century since his death, the books and writings of C.S Lewis still retain a large following, highly rated by both scholars and the public at large, with his Narnia books being turned into successful films. In particular, the religious writings of Lewis maintain a significant readership amongst Christian believers, millions of copies having been printed in the last 75 years. The life of C.S. Lewis, both personal and public and his friendship with other cult authors such as J.R.R. Tolkien and Charles Williams have also proved an enduring source of fascination and inspiration for dramatists and screen writers. Whilst his conservative theology may be out of fashion in some quarters, for some Lewis comes close to being viewed by some as a kind of 20th century English saint, ‘one whom the light shines through’.

It is therefore not surprising that C.S. Lewis might be associated with spiritual experiences, or miracles to use a traditional term, including an appearance after death witnessed by another  distinguished religious writer. 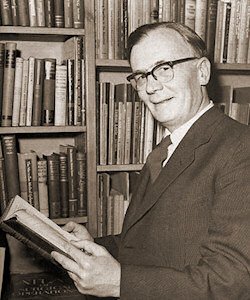 The post-mortem appearance of C.S. Lewis to Canon J.B. Phillips, a New Testament scholar in November 1963 is  a case which has moved in and out of “classic status”.  It also provides one of the rare examples of an apparition appearing to percipient watching television, for the sighting occurred soon after the death of Lewis  and occurred when Canon Phillips  was at home watching TV. Lewis had died a few days before, in the early evening of November 22nd 1963, coincidentally the same day as both Aldous Huxley and President Kennedy. We do not know what programme the Canon was watching but it is unlikely to have been the first episode of Dr Who which aired on 23rd November, but  Canon Phillips stated in his autobiography The Ring of Truth (1967)  Lewis  manifested “….while I was watching television, he appeared sitting in a chair within a few feet of me, and spoke a few words which were particularly relevant to difficult circumstances through which I was passing. He was ruddier in complexion than ever, grinning all over his face and positively glowing with health. The interesting thing to me was that I had not been thinking of him at all.” A week late Phillips was in bed reading when he saw Lewis again, “even more rosily radiant than before and repeated to me the same message which was very important to me at the time”.

Why was Canon Phillips so chosen? It is impossible to know, but near the end of his  life C.S. Lewis had expressed his admiration for the new translations of the New Testament which the Canon had undertaken.

The case was followed up by Andrew MacKenzie and Kathleen Goldney the Society for Psychical Research following the publication of The Ring of Truth. Canon Phillips declined to be interviewed, but provided much information in the form of replies to a questionnaire. Both researchers were impressed by his testimony as well as his credentials (‘Two Experiences of an Apparition’ by Andrew McKenzie and Kathleen M. Goldney, JSPR  Vol 45 Dec. 1970 ) Writer and ghost expert Dennis Bardens (1911-2004) also approached Canon Phillips and included the replies to his  questions  for his book Mysterious Worlds (1971).

However, in 1988 another SPR member Manfred Cassirer re-examined the story and identified what he described as a number of “mind blowing contradictions in the various accounts that invalidate the testimony.” These included whether the vision occurred during November or spring time or in 1963 or 1966. Cassirer concluded these discrepancies rendered the testimony “totally unacceptable”.

This is perhaps a little harsh. Canon Phillips was a deeply spiritual man who lived a life committed to serving the Church; for him  the apparition of C.S. Lewis was unimportant compared to the infinite mercy and grace of God. Consequently, it would not have played a major part in his life, nor would he have invested in it the significance that a psychical researcher might seek. In short, he was likely to forget details in the natural course of things and his recollections were likely to become hazy.

Indeed, in 1970 Canon Phillips had stated the following in response to questioning from  MacKenzie and Goldney:

Question :  Did the experiences have a permanent effect on you in lifting this feeling of mental and spiritual depletion to which you have referred ?

Answer: It is true that the ‘appearances’ of C. S. Lewis to me helped and encouraged me, but apart from convincing me of the Communion of Saints I cannot honestly say that it has been a daily help to me in assorted trials and tribulations. In my opinion, for what it is worth, it is never any good going back and trying to recapture a former experience however illuminating, nor is it any good ‘lamenting over past raptures’, to quote C. S. Lewis’s own words in one of his books.

However, writer and Lewis biographer  A.N. Wilson delivered a further blow to the credibility of the story the just over a year later in his biography C.S. Lewis (1990). Reviewing the account in The Ring of Truth, Wilson drew attention to a subsequent volume of autobiography in which “Canon Phillips explained to his readers the nature of the ‘difficult circumstances’ through which he was passing were ‘depressions and nervous breakdowns so severe as to  constitute periodic bouts of lunacy.” The implication was that this was a hallucination produced by a disordered mind, not a genuine survival experience.

However, yet a further twist to the story of  the ghost of C.S. Lewis  emerges in the book  Blind Spots in the Bible (2006) by evangelical pastor and broadcaster, Adrian Plas. In trying to make sense of the apparitions cited at the Crucifixion in Matthew, Chapter 27. Adrian Plas recounts meeting with the widow of Canon Phillips, who was by then a lady in her 90s living at a seaside town in Dorset.the then elderly Mrs Phillips confirmed her husband’s sighting revealing “I was there in the room at the time” adding “I didn’t actually see him but I heard all of my husband’s side of the conversation , and afterwards he told me who he had been speaking to.”  If this recollection is accepted it seems Canon Phillips certainly believed himself to have been in touch with Lewis, whatever the ultimate source may have been. 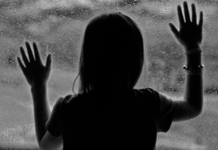