CLOSE
Sunday, February 5, 2023
Home Ghosts THE DECLINE AND FALL OF GHOSTS ON THE RADIO 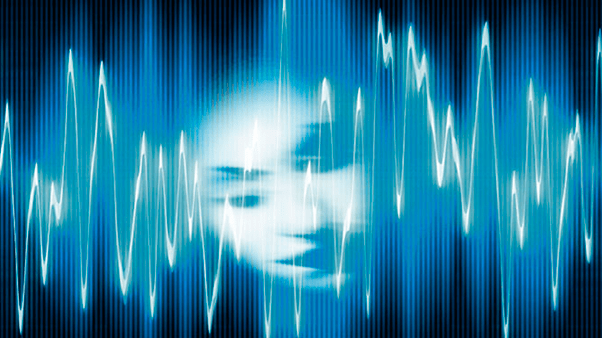 ‘NO SPOOKS ON THE AIRWAVES!’ – THE DECLINE AND FALL OF GHOSTS AS A TOPIC FOR BBC RADIO

Long ago talks and discussions of ghosts and ghost hunting were a feature of BBC radio, with the subject being covered seriously. Sadly, the treatment of the subject has now declined down to a purely humorous level, if ever mentioned at all.

The disappearance of any trace of ancestral dignity in broadcasting on the topic was amply demonstrated by The Infinite Monkey Cage Christmas Special transmitted on BBC Radio 4 at Christmas 2016, hosted by Prof. Robin Ince and TV personality and particle physicist Prof. Brian Cox. They were joined by astrophysicist Dr Neil DeGrasse Tyson, director of the Hayden Planetarium in New York, His Grace Nick Baines, Bishop of Leeds, and Deborah Hyde, folklorist and editor of the Skeptic magazine, along with writer Mark Gatiss, responsible re-tellings of a number of classic ghost stories on screen.

You can hear it on the following link:

Interestingly, the discussion – which did not involve any specialists on the paranormal – raised a number of anecdotal stories of which the guests had personal knowledge. For instance, Mark Gatiss stated he did not believe in the continuation of the spirit but nonetheless shared a ‘true’ ghost story from his Leeds student days. The Bishop of Leeds recalled witnessing poltergeist activity in a locked room in a Lancaster conference centre. This triggered an amazed reaction from Dr DeGrasse Tyson, ‘That would pre-occupy me for years!’.

Dr DeGrasse Tyson then revealed that his niece believed she has conducted a conversation with a dead relative  declaring he had issued her with a set of questions if the experience recurs.

Thus, several interesting personal experiences were presented, but  what the entire panel lacked was any real knowledge of the history of their subject, comparative cases, or enough of parapsychology to ensure an informed or balanced discussion. No mention was made of the Society for Psychical Research, the Parapsychology Association, the Scientific and Medical Network (to name but a few research bodies), or the many individual scientists, past and present involved with psychical research. But then the show was aimed to be in a humorous and frivolous vein, suitable for the festive season.

However, it was not ever thus….

HOW IT USED TO BE

In 1934 Sir Ernest Bennett appealed on radio 4 for genuine ghost reports and the result was a collection of letters, with many accounts corroborated Haunted Houses and Apparitions (1939).

Harry Price broadcasting from haunted Meopham Manor in Kent in 1936

In 1936 Harry Price conducted a radio broadcast from a ghost hunt in a reputedly haunted manor house in Meopham in Kent (this appears to have been an inspiration for a fictional ghost story by H.R Wakefield ‘Ghost Hunt’ (1938)). 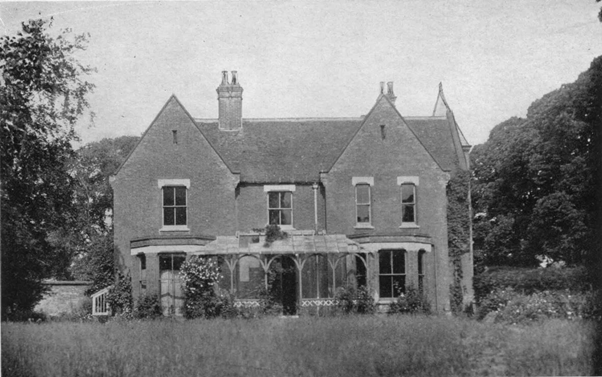 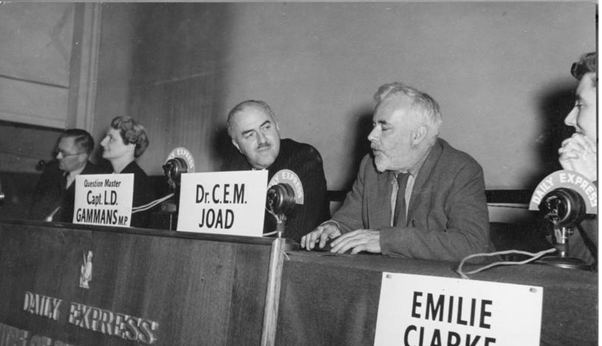 Ghosts were not off limits to broadcasting intellectuals in the 1940s (The Brains Trust with Dr C.E.M. Joad)

In December 1943, the popular BBC series The Brains Trust considered the topic, ‘Does The Brains Trust believe in ghosts?’ in a panel including Professor Julian Huxley and philosopher Dr C.E.M. Joad, a member of the Ghost Club. However, the account of one contributor the Revd. E.N. Firth who had seen three apparitions, a ghost of the living in 1895, a shrouded figure seen on the roof of a house in a cathedral city in 1902 and in 1925 had awoken in a house to see a monk with pointed ears like those of a dog. This was inevitably sensationalised as ‘The monk had ears of a dog’. (Daily Express 23.12.43). 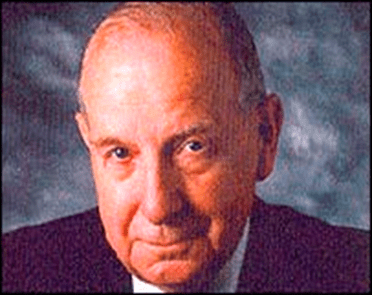 Dennis Bardens, creator of Panorama wrote and broadcast on ghosts for many years

On 21 December 1949, Dennis Bardens (1911-2004) the creator of Panorama edited and produced a programme ‘Ghosts’ that went out on the BBC ‘Light Programme’ (which became Radio 2 in 1967). This resulted in several hundred letters from people reporting ghost experiences, some of them later incorporated into the book published by Bardens in Ghosts and Hauntings (1965). He wrote and broadcast on ghosts for many years.

From the 1950s and 1960s, both television took forward the subject of ghosts and the paranormal to larger audiences, including experiments in telepathy conducted on air (although such experiments date back to 1926 on British radio see Woolley, V.J. ‘The Broadcasting Experiment in Mass Telepathy’ Proceedings of the SPR 38,1928, pp. 1-9 ).

In 1960, the BBC recorded poltergeist raps around a 14 year-old girl Virginia Campbell in Sauchie. The 1970s saw BBC Radio 4 broadcasting a number of serious programmes on the paranormal, with an edition of ‘You, the Jury’ hosted by Dick Taverne on the theme ‘Ghosts Exist’ in February 1978. 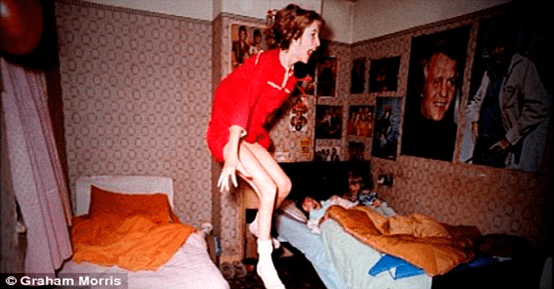 Over 1977-78 there was serious coverage of the Enfield Poltergeist, including on a news broadcast on The World This Weekend transmitted on 11 September 1977. 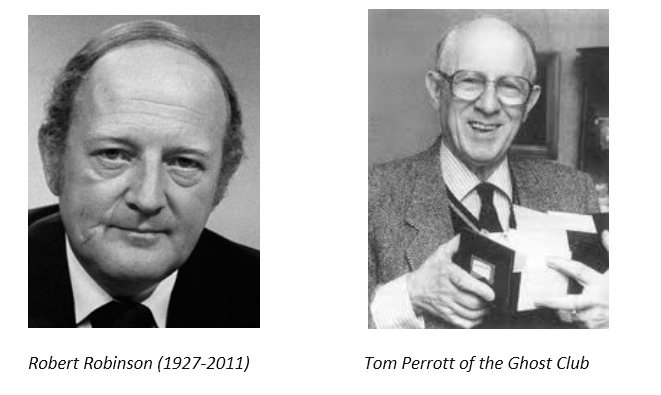 During the 1980s and 1990s serious treatment of the subject declined on national radio, though it continued on local radio stations which proliferated.  Although Ghost Club chairman Tom Perrott (1922-2013) took part in several BBC World Service broadcasts on ghosts and hauntings in the early 1990s, serious forays into the subject became rarer on national networks, usually hosted by older broadcasters if they happened at all. For example on  7th February 1998 Robert Robinson hosted Ad Lib on psychical research with contributions from  Professor David Fontana, Professor Archie Roy and Maurice Grosse, with some sensible scepticism from Professor Richard Wiseman and additional contributions by Andrew Green and Jane Henry.

Coverage of true ghost stories seems to have largely been phased out in the 21st century, as shown by the heavy editing of a piece on the Enfield poltergeist on the Today programme on 1 January 2013 with recorded contributions from researchers from the Society for Psychical Research and the Ghost Club cut from 30 minutes to about 20 seconds, and the whole item ‘spun’ to suggest that it was somehow a product of the economic problems of the 1970s. 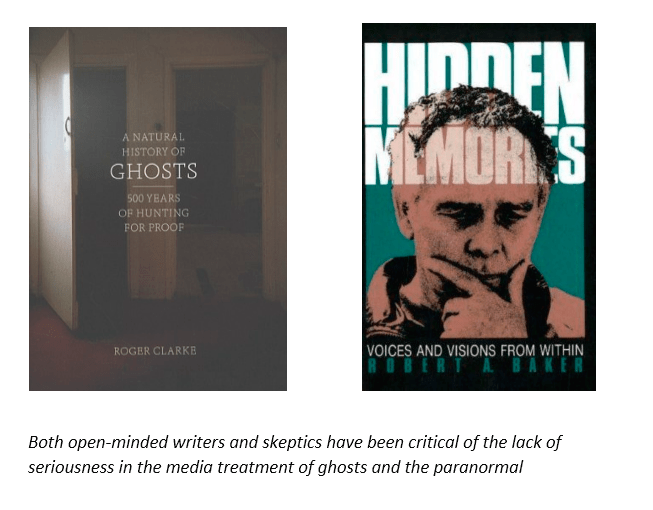 A number of factors have influenced this decline – interestingly the serious treatment of science, history and social problems has also suffered in the same period in the view of many, with programmes being geared to a mass markets and a consumer-orientated audience. Serious subjects increasingly have to be presented as entertainment.  The distinction between what is serious and what is not in life has been removed – a complaint that is also voiced by sceptics of the paranormal or ‘skeptics’ as they style themselves adopting US spelling) e.g. Bob Baker (1921-2005) at the end of Hidden Memories: Voices and Visions from Within (1996). Compared with today, an older generation of broadcasters had a much broader experience of the world, both in reporting news on a local and regional level, in direct experience of dramatic and traumatic human events such as war, repression under totalitarian regimes, poverty and pandemics. One suspects that today’s broadcasters are far more insulated from the harsh realities of many aspects of life and existence, including many issues in their own society, and a lot more squeamish.

Much broadcasting today has been tinged with middle class attitudes which have historically looked askance at topics such as ghosts (see The Natural History of Ghosts (2012) by Roger Clarke). There is great concern against causing offence or upset to the presumed audience (for example with the BBC spoof broadcast Ghostwatch in 1992) and fear of upsetting ‘vulnerable’ members of the audience. And potentially, could it also say something about the unacknowledged fears of today’s broadcasters themselves?