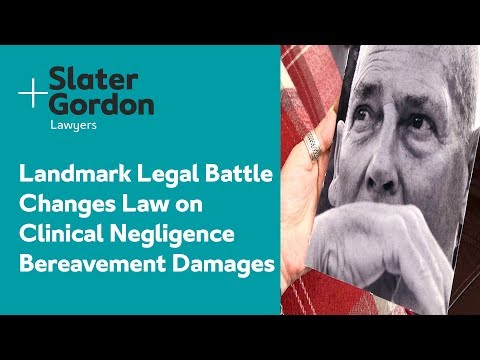 Following her partner’s death as a result of medical negligence, NHS worker, Jakki Smith learned she was not entitled to bereavement damages because they were not married.

Jakki bravely launched a landmark legal battle against the Government for breaching her human rights. The Court of Appeal ruled in their favour, changing the law for unmarried couples.

“To carry on fighting was really difficult ’cause you just think ‘I want to draw a line under this’, but I think with Zak’s support and the way he explained things it became a principle I’m going to fight for this.”

For legal advice regarding a clinical negligence claim with a specialist solicitor, call Slater and Gordon Lawyers today on 0808 175 7783, or contact us online at https://www.slatergordon.co.uk/contact-us/

Zak Golombeck is a senior medical negligence solicitor at Slater and Gordon Lawyers in Manchester.

John and I met at work. We’d been together 16 years, lived together for almost 12 years. Everybody actually thought we were married. Even at the funeral somebody said to me I was really annoyed I didn’t get invited to the wedding. I said we weren’t married, you know. We were just an ordinary couple who lived together. Everything we did we shared. He was my best friend as well as, you know, being my partner. In the April of 2011 he’d had a benign tumour removed from his foot. He just started acting really weird and in the middle of the night he was urging us to get out of the house. They told us this is a psychiatric case, he’s going to be transferred to a psychiatric unit. We all felt he was medically ill and needed some medical help and unfortunately he didn’t really get what he needed. His foot was all weeping and matted and we asked to take him out but they wouldn’t let us. Six days in he collapsed and was rushed to the main hospital. He was in there for three days and died.
I remember my son in law saying after he’d died, “I’ve lost my best friend”, and I think so did I and it’s that gap it leaves in the family. We were a very close family unit and it’s just gone now. It’s hard to deal with at times, you know, there is that hole in your family life. It’ll never be filled by anybody else so you’ve just got to get used to it and accept it.
I wanted somebody to tell me what had happened, really and honestly, and for somebody to admit that they’d made this mistake and say we’re really sorry, because money wouldn’t bring him back at all. We just wanted to know what had gone wrong.
Us not being married meant I didn’t really have any say in what happened. I couldn’t claim the death certificate, I couldn’t ask for his medical records, and even after he’d died and they asked about organ donation I wasn’t allowed to make that decision. It’s almost as though saying we weren’t a family. John had three grandchildren from his daughter but he had what he considered was his granddaughter from my daughter. They weren’t related by blood but she was his granddaughter just as much as the others, you know. He doted on her and that just seems they didn’t recognise that we were a family unit. We might not have been a family unit by the way they called their law but we were a family unit – a very close family unit.
I wanted to change things. I wanted people to accept that in a committed relationship you were committed and you didn’t have to go through with a piece of paper to say you were entitled to something. The first time and we went to court and we didn’t win and I thought, well, at least we’ve brought it to the attention of people and because the ruling was that, no, we hadn’t won, but the judge said he did hope the government would discuss it later, so when it went to appeal and they found in our favour I was just so amazed. To carry on fighting was really difficult because you just think I want to draw a line under this, but I think with Zak’s support and the way he explained things it became a principal I’m going to fight for this, and it was that emotional support that meant more than the legal support at the end of the day.
Video Rating: / 5 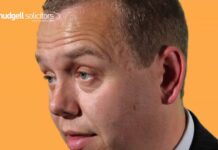 How Can a Lawyer Help When Clinical Negligence Leads to an Amputation?